CryptoKitties is, at its heart, a breeding game. You can breed any two cats together and wait to see how their child looks.

But if you're trying to breed a specific Kitty, you need to be more like a scientist. So today we’re going to teach you how to breed a Fancy Cat with awesome bangs.

We chased Al on Sunday, Feb 17th at 10 am PST. Now you have until November 30, 2019 to breed this Fancy –– although, we’ve heard there’s a rarer, secret Alpacat to breed that has a much shorter time window. But what do we know...

If you want to stay on top of the rarer Alpacat, join the conversation in our Discord channel...

Every CryptoKitty has a set of genes. Some of them are visible, by which we mean they are primary genes that affect how the cat looks, and we call those genes Cattributes. Some are hidden: the cat has them in their genetics, but they are recessive and do not influence the cat’s appearance.

When you breed two Kitties together, their children end up with a mix of the parents’ genes. The offspring may inherit its parents’ recessive traits, meaning it shows a Cattribute in its appearance that neither of its parents do.

To make Al, you’ll need to create a kitten with a specific set of Cattributes. Simple so far!

Since those are all visible genes, it’s a pretty simple process to breed Al!

You could just buy two Als and breed them together, which is the easiest way to get a new Al. But it’s not the most fun or challenging method, and it can be pricey. Instead, why not find two parents who have all the Cattributes you need between them and hope for a little luck?

Every gene in a cat’s DNA has a certain probability of passing onto offspring. The math can get complicated, so we recommend CKBox. It’s a Google Chrome extension that tells you the exact percentage chance of each parent’s genes to pass on.

If you don’t already own Kitties with the Cattributes you need, you can search the marketplace for a Kitty with the right Cattributes, and then either buy that Kitty or breed with it.

Our first step is to search our Kitties and the marketplace for Kitties that have two or three of the four required traits. For example, you can buy one cat with munchkin, moue, and brownies.

Now we need a Kitty that at least has the cashewmilk Cattribute. You can buy this second cat, or you can find one for Sire on the Siring marketplace and breed with it. To maximize your chances of breeding Al, try to find a second cat that has a mix of some of the other Cattributes, too. For example, you could go for a cashewmilk, moue, brownies Kitty!

It seems our new Fancy Cat, Al the Alpacat, has sparked a trend among the Kitties! They took one look at Al’s flowing locks and now they need them, too.

So along with Al we’ve released 7 limited-time Purrstige traits. Each one gives your Kitty a stylish haircut: 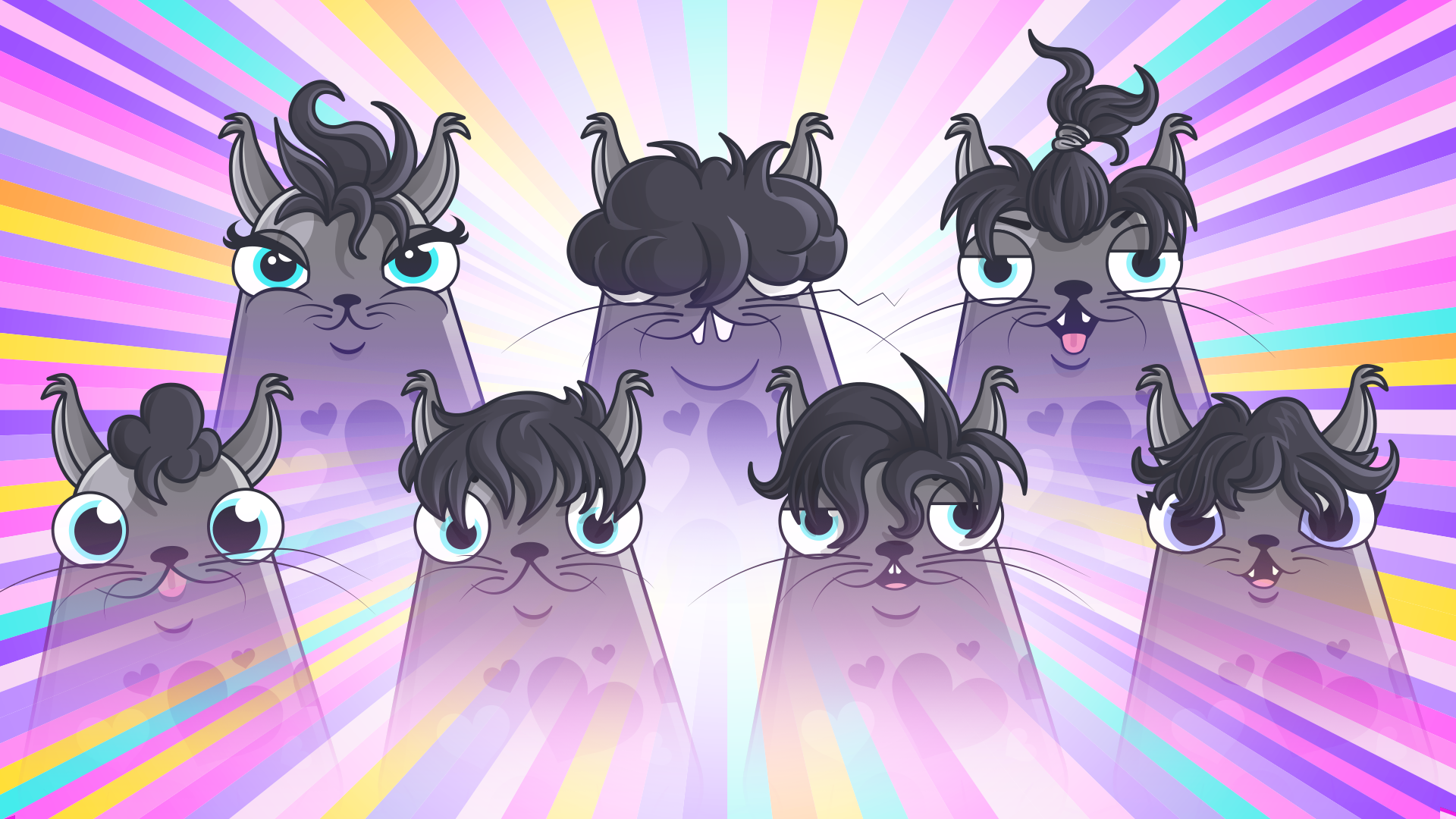 Every CryptoKitty is born with a set of 48 genes. You can see some of those genes in your Kitty; we call those visible genes Cattributes, and they define your Kitty’s art, like the shape of its ears, the pattern of its fur, or the color of its eyes.

Other genes can’t be seen in your cat’s appearance. They’re hidden, but can be found using third-party tools (which we’ll share farther down).

Purrstige Traits are a special kind of Cattribute that requires both visible and hidden genes to breed and is breedable only for a limited time. They’re tougher to hit than normal traits, so they’re rewarding to unlock and create some of CryptoKitties’ coolest cats. And because they’re time-limited, they’re particularly rare — so especially precious.

To breed a Kitty with a Purrstige Trait, you need the right combination of Cattributes and hidden genes in the two parents.

There are two base traits you need to breed every Alpacat Purrstige Traits. One is a regular trait, the other is a hidden trait.

Now that you’ve got the tools, here are the two base traits you need to breed all seven Alpacat Purrstige traits:

Those two traits unlock a different hairstyle when paired with each of these hidden genes:

There you go! Can you breed every version of this furball?

Even if we don't breed our Fancy Cat or Purrstige Trait the first time around, we might breed another Kitty that has more of the required traits, which we can then pair up to try and breed our target again.

It often takes a bunch of breeds and a little luck to breed a Fancy or Purrstige. But the more you do it, the better your odds get because you'll have more Kitties with the required traits and a better sense of the best breeding pairs.

So go on, get breeding. And good luck!